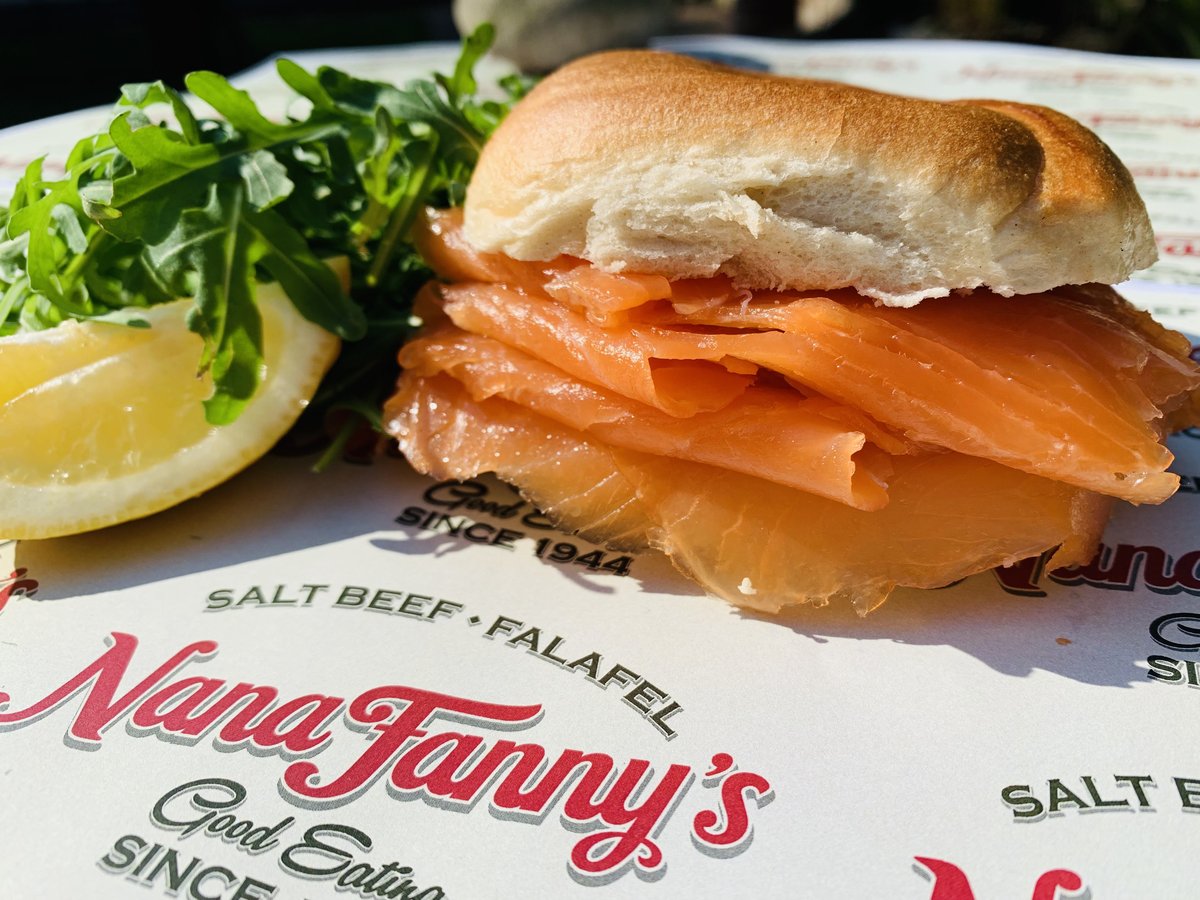 --Request Information--
Ivan Lester has served salt beef on Broadway Market for six years, calling it a "magical market" with a vibrancy that's "like a shot in the arm" and an enduring sense of friendship between stall holders and devoted regulars. "And this," he says, gesturing to his salt beef, "is the best to be had in London."

Catching the scent of it simmering in its pan of stock, bay leaves and peppercorns, one is minded to agree: here is the delicacy at its finest, the intense pink flesh, soft as butter.

Ivan insists it's served in the traditional way - in a bagel, topped with mustard and pickled gherkin.

So precious is the recipe, Ivan wouldn't share it, but his gelfilte fish balls are no second prize either.

Broadway Market on Saturdays is a kaleidoscope of tastes and cultures: stalls, shops, pubs, restaurants and cafes offering some of the best food and most original clothing in London all crammed into a little East End street between the Regent's Canal and London Fields.

But the true beauty of Broadway is that you can also shop for top-quality food at prices that are as good, or better, than the supermarkets. Perhaps that is why well over 90 percent of the people you see on Saturdays live nearby, walk or cycle to the market, and return week after week for their regular shopping.

It forms part of a pedestrian and cycle-friendly route from Hackney Empire through the park, over the canal and on to Haggerston Park and Hackney City Farm at the junction with Hackney Road.

Lots of buses run to Hackney Road and Mare Street. The nearest rail stations are London Fields (a few minutes walk away, 10 minutes to Liverpool Street) Haggerston on the London Overground and Hackney Central near the Empire. The nearest tube station is Bethnal Green.

There's plenty of space to park in the streets around the market. But it's much easier to walk or cycle. And the canal towpaths run all the way from Islington to Canary Wharf.

Map and directions to Nanafanny's in Broadway Market

The only cookies that our site will place are for strictly functional purposes like identifying your broad geographical area to ensure accurate local informattion, and to retain the contents of a shopping basket if one is used.
Use of cookies. Mouse over here for details.

Use of cookies on this web site: Nana Fanny's collects no personally identifiable data in cookies. However, a number of social media and search engine companies place tracking cookies without our consent or co-operation. If you wish to avoid tracking, please read our cookies policy, where you will find links to resources that will help you set your browser accordingly.